On the basis of satellite and field atmospheric and marine observations, the water circulation processes of the north-western shelf (the NWS) of the Black Sea in the summer of 2017 were studied. The study indicated high stability of summer offshore winds of northern and north-northwest directions and 12 cases of coastal upwelling. Three cases of upwelling were instrumentally detected on the across-the-shore oceanographic sections during seasonal field works performed by the oceanographic unit of the branch “Odesa Area of State Hydrographic Service” of the state institution "State Hydrographic Service of Ukraine (SHSU)". The increase of coastal water density led to an abnormally active transfer along the coast of the Danube-Dniester interfluve area to the northernmost parts of the NWS. In 2017 a visual manifestation of anticyclonic character of summer circulation of the NWS's water could be observed. The obtained data confirm the previous conclusions on frequent cases of change in summer periods of traditional cyclonic water circulation to the anticyclonic one.

The abnormal development of the summer circulation regime allowed us to record for the first time the transfer of coccolithophores phytoplankton from the open sea to the northern regions of the NWS and to reveal its intraseasonal spatial transformation and development process duration.

In the seaward part of the Gulf of Odessa a frequently repeated vortex formation of cyclonic vorticity with spatial dimensions of up to 7-8 miles and orbital velocities, according to the presented data, of 0.12–0.18 m.c-1, and according to the latest field work, of over 0.30 m.c-1, was found.

When analyzing the considered situations associated with transfer and vorticity of sea water a significant role was played by high-resolution visual images obtained from Sentinel-2 and Landsat-8 satellites having a spatial resolution of 10 and 30 meters respectively, as well as by similar satellites of earlier modifications.

4. Popov, Yu.I. (2010). [The distribution of shelf waters in the northwestern part of the Black Sea and their exchange with the waters of the open sea]. Ecologicheskaya bezopasnost pribregnoy i shelfovoy zon i kompleksnoe ispolzovanie resursov shelfa. [Ecological safety of the coastal and shelf zones and the integrated use of shelf resources]. Sevastopol: MGI, 26, pp. 117-126. (in Russ.)

8. Ivanov, V.A. & Ryabtsev, Yu.N. (2002). [Analysis of currents on the north-western shelf of the Black Sea]. Ecologicheskay bezopasnost pribregnoy i shelfovoy zon i kompleksnoe ispolzovanie resursov shelfa [Ecological safety of coastal and shelf areas and complex resources for the shelf], 1, pp. 8-21.

9. Erofeev, G.P. & Popov, Yu.I. (2012). [Analysis of climatic geostrophic currents and their costs on zonal and meridional sections in the continental slope of the northwestern part of the Black Sea]. Ukraïnsʹkij gìdrometeorologìčnij žurnal [Ukrainian hydrometeorological journal], 11, pp. 250-258. 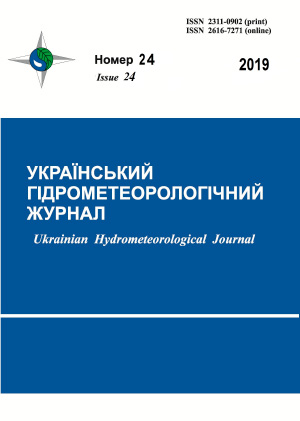